THIS IS WHY BLACK-OWNED NEWSPAPERS MATTER 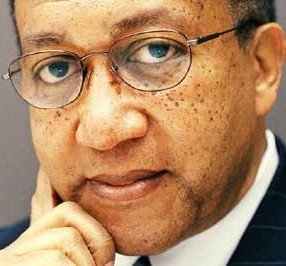 THIS IS WHY BLACK-OWNED NEWSPAPERS MATTER

In 2017, we will celebrate 190th anniversary of the Black Press in America. Since the first publication of Freedom’s Journal on March 16, 1827 in New York City, Black-owned newspapers have led the way when it comes to raising a voice of consciousness for Black America. Today, in 2016, Black Owned newspapers still matter.

Black Lives Matter. Black Votes Matter. Black Press Matters. In order to overcome racial inequality and injustice, we have to emphasize the importance of nurturing and mentoring the rise of a new generation of freedom-fighting journalists, publishers and African American owners of newspapers and media companies.

There is a huge, qualitative difference between media that is Blackowned and non-Blackowned media that is targeted to Black consumers. Numerous national studies have documented that Blackowned newspapers remain the “trusted and respected” source of news, empowering success stories, and cultural aspirations for more than 45 million Black Americans.

The inaugural Discover the Unexpected (DTU) NNPA Journalism Fellowship Program this summer at the Howard University School of Communications supported by Chevrolet has done remarkably well in identifying and encouraging the next generation of gifted, talented and committed young journalism scholars. The National Newspaper Publishers Association is pleased with the positive and transformative results of the DTU fellowships.

The NNPA fellows scored front-page news features in NNPA member newspapers across the nation. In addition to attending both the Republican National Convention in Cleveland, Ohio and the Democratic National Convention in Philadelphia, Pa., the NNPA fellows completed assignments that covered a wide range of subjects from Muhammad Ali’s legacy and Black arts and culture to contemporary Black family life, the 2016 Olympics in Rio, mass incarceration, new data on police and prosecutorial misconduct and abuse, and the struggle to preserve Historically Black Colleges and Universities (HBCUs).

This summer, Brandi Montgomery and Brelaun Douglas worked at the “Atlanta Voice,” Briahnna Brown and Mckenzie Marshall at the “Chicago Defender,” Victoria Jones and Rushawn Walters at “The Washington Informer,” and Tatyana Hopkins and Sidnee King worked at the “Michigan Chronicle.”

Black-owned newspapers are businesses and employers that continue to serve the economic development interests of Black communities. As the economy in the United States continues to rebound from economic stagnation and recession under the leadership of the first African American President, it should also be a national priority to ensure the advancement of the economic well-being of Black families, businesses, and communities.

In the face of historic, political opposition led by the Republican controlled Congress, President Barack H. Obama, has achieved leadership success in restoring and revitalizing the U.S. economy. In particular, the automotive industry has set new records this year in automobile sales. Thus, we note, with appreciation, those companies in the automotive sector that have been supportive of the NNPA during these difficult and challenging times.

General Motors brands continue advertise with the NNPA and as a consequence contributes to the sustainability of the Black Press in America. In particular, Chevrolet has been outstanding in its support of Discover the Unexpected scholarships as part of the current NNPA fellows program. Chevrolet also increased its advertising with many NNPA newspapers this year. It is our hope that this successful pilot program will be continued and even expanded in the upcoming academic year.

Long live Black-owned newspapers and the struggle for freedom, justice and equality. Yes, Black-owned newspapers surely do matter. Learn more about the Discover the Unexpected (DTU) program at http://www.nnpa.org/dtu/ and use the hashtag #DiscoverTheUnexpected on Twitter. Follow us on Twitter @BlackPressUSA and @NNPA_ BlackPress and like our Facebook page at NNPA Black Press.