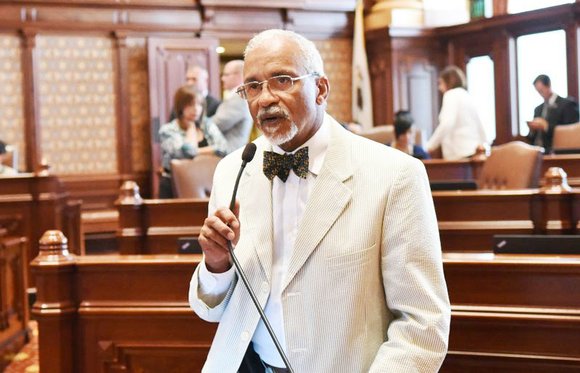 Sen. Trotter released a statement: “Now, more than ever, Illinois needs to lead the country in pushing for the use of body cameras by officers. Reforming law enforcement practices will go a long way in reducing the distrust between the public and the police.”

Back on August 12, a bipartisan effort established new body camera protocols, making Illinois one the first states in the nation to adopt recommendations of President Barack Obama’s Task Force on 21st Century Policing.

Senate Bill 1304, sponsored by Ill. State Rep. Elgie R. Sims, Jr. (Dist.-34th) and Ill. State Sen. Kwame Raoul (Dist.-13th), implements several other recommendations from the federal task force such as requiring independent investigations of all officer-involved deaths and improving mandatory officer training in areas, such as the proper use of force, cultural competency, recognizing implicit bias, interacting with persons with disabilities and assisting victims of sexual assault. It also creates a statewide database of officers who have been dismissed due to misconduct or resigned during misconduct investigations.

The measure also bans the use of chokeholds by police officers and expands the Traffic Stop Statistical Study –which provides insight into racial disparities in motor vehicle stops and searches prevents officers from using “stop and frisk” tactics and also prevents officers from temporarily detaining pedestrians for questioning.