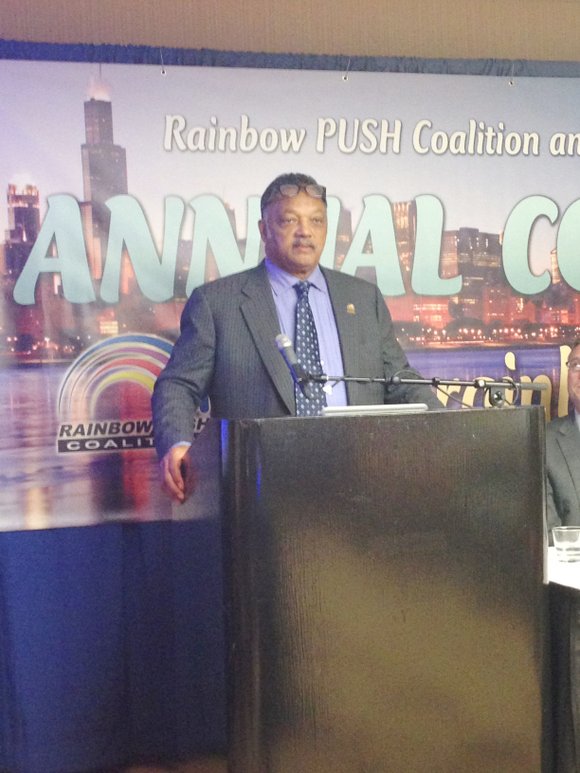 Chicago should host a White House conference to end gun violence in the city and in the entire nation, the Rev. Jesse Jackson, Sr. said.

“We need the president at home now,” Jackson said. “Children are not safe in their home and parks.”

The group also wants President Barack Obama to declare a state of emergency over the problem.

White House officials could not be reached for comment by the Chicago Citizen Newspaper deadline.

The Rev. Jesse Jackson, Sr. did not agree with members of Chicago City Council’s Black Caucus on calling for the firing of Chicago Police Supt. Garry McCarthy.

Jackson also differed with the aldermen, saying now is not the time to point blame for the city’s violence.

Leaders at the press conference pointed out that sensible gun legislation was needed to help address the problem.

The complaints about gun violence come on the heels of another bloody summer.

According to an analysis by the Chicago Tribune, last month was the city’s deadliest September since 2002. Chicago recorded 60 homicides last month, many in black neighborhoods in the city’s South and West sides.

This past weekend, three people, including a 17-year-old male, were killed and 17 others were wounded in shootings throughout the city between last Friday afternoon and early Monday.

The three homicide victims have raised the total number of dead to at least 398 people, according to data analyzed by the Tribune.