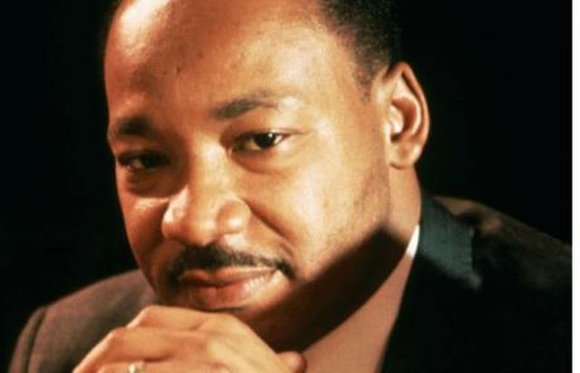 January 19, 2015 will mark the Rev. Dr. Martin Luther King, Jr. federal holiday. This milestone is a perfect opportunity for Americans to honor Dr. King’s legacy through service. The MLK Day of Service empowers individuals, strengthens communities, bridges barriers, creates solutions to social problems, and moves us closer to Dr. King’s vision of a beloved community. Explore this site to learn more about MLK Day and how you can participate. Below are a few links to get you started.

What is the Martin Luther King, Jr. Day of Service?

After a long struggle, legislation was signed in 1983 creating a federal holiday marking the birthday of Rev. Dr. Martin Luther King, Jr. In 1994, Congress designated the Martin Luther King Jr. Federal Holiday as a national day of service and charged the Corporation for National and Community Service with leading this effort. Taking place each year on the third Monday in January, the MLK Day of Service is the only federal holiday observed as a national day of service – a “day on, not a day off.” The MLK Day of Service is a part of United We Serve, the President’s national call to service initiative. It calls for Americans from all walks of life to work together to provide solutions to our most pressing national problems. The MLK Day of Service empowers individuals, strengthens communities, bridges barriers, creates solutions to social problems, and moves us closer to Dr. King’s vision of a “Beloved Community.”

Why Serve on MLK Day of Service?

Dr. King believed in a nation of freedom and justice for all, and encouraged all citizens to live up to the purpose and potential of America by applying the principles of nonviolence to make this country a better place to live—creating the Beloved Community. The MLK Day of Service is a way to transform Rev. Dr. Martin Luther King, Jr.’s life and teachings into community action that helps solve social problems. That service may meet a tangible need, or it may meet a need of the spirit. On this day, Americans of every age and background celebrate Dr. King through service projects that strengthen communities, empower individuals, bridge barriers, and create solutions.

How can I serve on MLK Day?

People of all ages, backgrounds, and abilities can get involved. Just fill in your zip code in the Find a Project box to locate a volunteer opportunity in your community or plan your own project.

Rev. Dr. Martin Luther King, Jr. was a vital figure of the modern era and a pivotal figure in the Civil Rights Movement. His lectures and dialogues stirred the concern and sparked the conscience of a generation. His charismatic leadership inspired men and women, young and old, in this nation and around the world. Following in the footsteps of his father, in February 1948, at the age of 19, Rev. Dr. Martin Luther King, Jr. entered the Christian ministry and was ordained at Ebenezer Baptist Church in Atlanta.

In 1954, upon completion of graduate studies at Boston University, he accepted a call to serve at the Dexter Avenue Baptist Church in Montgomery, Alabama. While there, he was an instrumental leader in the Montgomery Bus Boycott, made famous by the nonviolent resistance and arrest of Rosa Parks. He resigned this position in 1959 to move back to Atlanta to direct the activities of the Southern Christian Leadership Conference. From 1960 until his death in 1968, he also served as co-pastor with his father at Ebenezer Baptist Church.

Dr. King was arrested 30 times for his participation in civil rights activities. While Dr. King preached about justice, empowerment, love and peace, in the final months of his life, his attention was turned to fighting poverty. Sadly, more Americans live in poverty today than during Dr. King’s lifetime. Forty-seven million Americans currently fall below the poverty line.

Dr. King was shot while standing on the balcony of the Lorraine Motel in Memphis, Tennessee and died on April 4, 1968. He had gone to Memphis to help lead sanitation workers in a protest against low wages and intolerable working conditions. Learn more about Dr. King’s life from The King Center website.