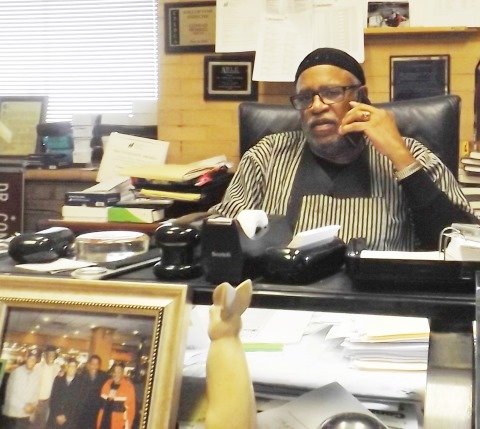 His activism and involvements include co-founding the Task Force for Black Political Empowerment, the National Black United Front and the National Coalition of Blacks for Reparations in America (N'COBRA). He also served as special consultant of field operations for the historic Million Man March on Oct. 16, 1995, in Washington, D.C.

The Chicago Citizen Newspaper: Driving around Englewood and other African American communities in Chicago, there are so many vacant and boarded up properties that look likes ghost towns. I know we had the housing crisis but what are your thoughts on the state of these areas right now... and how it happened?

Dr. Worrill: “The academic term that they use for this phenomenon is called gentrification.”

The Chicago Citizen Newspaper: When you say they, who do you mean? 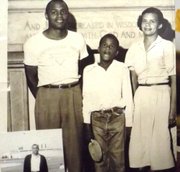 Dr. Worrill: “People who write and do research, this is how they describe this inner city phenomenon. One would have to have a real grasp of history to address and explain the phenomenon of vacant lots in Englewood. The housing crisis and the vacant land crisis comes out of a long history and battle over housing in Chicago and the description of its manifestation is written by Ta-Nehisi Coates, called “The Case for Reparations: An Intellectual Autopsy” he deals with state sanctioned, Redlining and how the Contract Sellers in Chicago on the Westside and how they ripped off people.

According the Contract Buyers League, a group of African American Chicago homeowners originating in North Lawndale on Chicago’s West Side, who, in the late 1960s protested the exploitative sale of homes to blacks through contract selling. In racially changing neighborhoods across America in the 1960s, federally insured mortgages were unavailable, which left no other option than contract buying as a home purchasing method for African Americans during that time. The speculative sellers preyed on white homeowner’s fears of plummeting real estate values associated with racially changing neighborhoods. The sellers bought homes from those white residents for well below-market value, and in turn sold those homes on contract to black homebuyers at highly inflated values. The terms of those contracts included maximum interest rates, all maintenance responsibilities, and the eviction of homeowners with total loss of investment for failure to pay at any time.

Dr. Worrill: “As black people came from the south and Mississippi and Alabama, migrating here for various reason, one because of the violence being perpetrated on them in the south at the latter part of the 19th century, lynching’s…that drove many of our people here and the industrial revolution that required labor force in the north and the rising industrial base of steel mills and other meat packing plants…so some black people came and were recruited to come north for better employment opportunities. So in this process, if we just look at this area right here, (Bronzeville) black people began to trickle in and the black population began to expand and the whole battle over territory in Chicago emerged over housing and housing policies.

The Chicago Citizen Newspaper: In your opinion, how will Chicago look in five years?

Dr. Worrill: “The trend we see, in all likelihood is going to continue. The question is, is this trend in the best interest of black people in Chicago and if not, then what do black people collectively do to organize against public policy that is harmful to us such as the closing of schools, the mass incarceration, the continued infusion of drugs, the continued internal problem we have of internal violence we perpetrate against each other. All of these issues require, in my judgment the building of a movement to address them. Right now, we’re at all-time low in terms of movement. Right now, we have been reduced or allowed ourselves to be reduced to a bunch of factions and a sea of disunity and we haven’t seemingly found a way to come together on critical issues and work collectively together as we did in the past.

Dr. Worrill: “My daddy, Walter F. Worrill. My father died last April at the age of 98 and he was tremendously instrumental in my life. My father was an organizer and activist and was a social worker and a YMCA executive. He was quite a man in terms of having a father in your home that you can look to as your first hero.