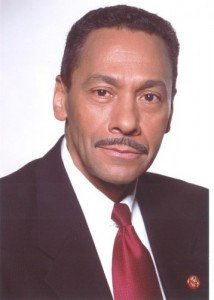 Rep. Melvin Watt, a senior member of the House Financial Services Committee and former chairman of the Congressional Black Caucus, played an influential role in the passage of a financial regulatory overhaul in 2010. That legislation, however, did not address the fate of the major mortgage lenders, an issue likely to come up during Obama's second term.

Watt, a North Carolina Democrat who has been in Congress for 20 years, would replace Edward DeMarco, an appointee of Republican President George W. Bush, who has been a target of housing advocates, liberal groups and Democratic lawmakers.

"Through his many years representing North Carolina in Congress, Mel has been a key advocate for fairer lending and financial practices for consumers. His deep experience with housing and finance issues makes him a natural for this new role," said North Carolina Attorney General Roy Cooper.

"Congressman Mel Watt is an outstanding choice to lead the Federal Housing Finance Agency. Throughout his career Mel has been a champion for affordable housing in North Carolina and across the country, and has worked tirelessly to protect families from predatory and deceptive lending practices. With experience in the private sector and more than two decades of service on the House Financial Services Committee, Mel has the background, skills, and history of bipartisan cooperation necessary to confront the challenges facing our recovering housing market. I know he will work successfully with Congress to strengthen the backbone of our current housing finance system, and I look forward to his hearing before the Senate Banking Committee and his confirmation before the full Senate."

Obama also has settled on Tom Wheeler, one of his top campaign fundraisers, to become the country's top telecommunications regulator. The president is expected to name FCC Commissioner Mignon Clyburn to serve as acting chairwoman.

Senate confirmation is required for both posts.

White House press secretary Jay Carney said Wednesday that Obama believes Watt and Wheeler both are excellent candidates for the positions he's nominating them for.

Carney noted Watt's two decades in the House, including his long service as the Financial Services Committee and his "proven track record of fighting to reign in deceptive mortgage lenders" and his advocacy for the "little guy."

"That's the kind of experience the president wants in this position," Carney said.

Wheeler is former head of the Cellular Telecommunications & Internet Association and the National Cable Television Association. Since 2005, he has been a venture capitalist at Core Capital Partners. Wheeler would replace Julius Genachowski, who announced in March he would be stepping down from the FCC.

Obama was scheduled to announce the nominations last Wednesday afternoon at the White House.