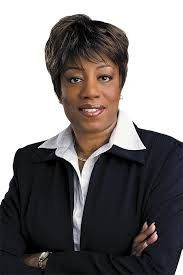 A long planned and much needed recreation center project may finally come to fruition in 2015, providing the Bronzeville area with a place for youth to spend time and engage in positive endeavors.

“It is important that every child – no matter their neighborhood and no matter their income – has access to recreational activities,” said Mayor Emanuel. “This announcement is a perfect example of how three separate City departments can come together and act as one unified entity to better Chicago by providing a safe place where neighborhoods will gather and communities will be solidified.”

The City of Chicago is leading the development and financing for the proposed 30,000-square foot, $16 million facility that will serve the greater Oakland, Douglas and Bronzeville communities. Funding sources include the Chicago Housing Authority, TIF funds and New Market Tax Credits.

“Today's announcement is a fulfillment of a decade long effort by the Bronzeville community to secure a level one park district field house,” said Alderman Burns, 4th Ward. “Today is a great day for Bronzeville and its residents.”

The site is currently comprised of approximately 5 acres in Ellis Park. The facility will include a full-size gymnasium with two basketball courts, an indoor pool, art and education club rooms, a fitness center and studio, meeting hall, and music and theater performance spaces.

"I am extremely pleased to be a partner in this anchor we are building to support the Grand Boulevard, Douglas, Kenwood, and Oakland Communities," said Alderman Dowell.  "Alderman Will Burns, the Quad Cities Development Corporation, and our communities have been tireless advocates for this project for years and we thank Mayor Rahm Emanuel for his support."

According to a 2010 National Recreation and Park Association study, access to parks and recreation have the potential to do more than keep children off the streets but also play an important role in physical and psychological safety.