We Remember You, Dr. King 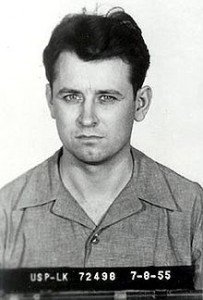 On the day he was assassinated, Dr. Martin Luther King, Jr. was booked in room 306 at the Lorraine Motel, in Memphis, TN. According to the Rev. Jesse L. Jackson, Sr. and civil rights leader, Ralph Abernathy, both who were present at the assassination, King and his entourage stayed at room 306 at the Lorraine Motel so often, that it was known as the "King-Abernathy suite. "Reportedly, King's last words on the balcony before his assassination were spoken to musician Ben Branch, who was scheduled to perform that night at an event King was attending: "Ben, make sure you play 'Take My Hand, Precious Lord' in the meeting tonight. Play it real pretty."

On April 4, 1968, at 6:01 p.m., Dr. Martin Luther King, Jr. was assassinated by James Earl Ray who shot the civil rights leader from long range, the bullet striking him in his right cheek, which eventually lodged in his shoulder.

In a biography on King written by Taylor Branch, it is stated that the slain 39-year-old King had the heart of a 60 year old, which was attributed to the stress of several years fighting the for civil rights.

On the day before his death, King delivered his famed "I've Been to the Mountain" speech at Mason Temple in Memphis. Below we have provided a riveting except from that speech:

"And then I got to Memphis. And some began to say the threats, or talk about the threats that were out. What would happen to me from some of our sick white brothers? Well, I don't know what will happen now. We've got some difficult days ahead. But it doesn't matter with me now. Because I've been to the mountaintop. And I don't mind. Like anybody, I would like to live a long life. Longevity has its place. But I'm not concerned about that now. I just want to do God's will. And He's allowed me to go up to the mountain. And I've looked over. And I've seen the promised land. I may not get there with you. But I want you to know tonight, that we, as a people, will get to the promised land. So I'm happy, tonight. I'm not worried about anything. I'm not fearing any man. Mine eyes have seen the glory of the coming of the Lord." - Dr. Martin Luther King, Jr.By Larissa M. Tyler