When it Comes to Clothing, It's About What's Underneath 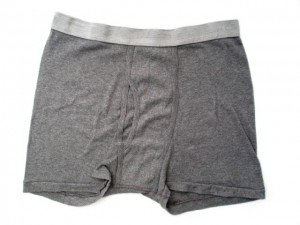 Most men put just as much thought into their underwear as the rest of their outfit.

Whether men are shopping for shorts, jeans, T-shirts or sweaters, guys care just as much about their underwear as the rest of their outfit. In fact, in a Calvin Klein Underwear survey of 600 men and 400 women conducted by Survey.com, 70 percent admitted that they consider underwear an extension of their personality. Seventy-five percent of the men surveyed said that they had never been caught in embarrassing underwear.

"Whether you are wearing a crisp white shirt, slim-fitting pants or rockin' your favorite pair of jeans, it's important to set your wardrobe foundation with a stylish and comfortable pair of underwear," says Jeannie Mai, celebrity stylist, host of Style Network's "How Do I Look" and "Extra" correspondent. "There's nothing worse than seeing a gent in frumpy fabrics!"

So, what do men want in a pair of underwear? According to the survey, most preferred boxer briefs, and most bought their boxers in multiple pairs. Men like multi-colored or patterned underwear, and they consider the fabric when choosing their purchase. Ninety percent want underwear with good perceived value. On average, men buy more than eight pairs of underwear each year.